A blast from the past… It’s springtime 1986. Schreiner’s Iris Gardens’ Iris Lover’s Catalog has a new seedling to announce.

“A knockout! Dusky Challenger has caught the eye of many garden visitors. We have been frequently asked when Seedling #1953-AA would be ready for introduction. And with good reason. This silky rich purple gem combines an absolutely gigantic flower with impeccable ruffled form on a beautifully branched stem opening four blooms as once. See for yourself what has caused this commotion in our photograph… This wonder raises the standards for dark Iris to a new level. Destined to challenge all comers and bound for glory. Order early. AIS Highly Commended Award, 1984.”

Thus was Dusky Challenger introduced to the Iris world in 1986 in our 61st Iris Lovers Catalog. Since that time it has gone on to prove itself a champion, winning the Dykes Medal in 1992.

Like a dark knight rising from an obscure past to the heights of glory, Dusky Challenger continues to glorify gardens far and wide (despite its unknown parentage — a little mishap that occurs from time to time in the Iris world). Bernard (Gus) Schreiner would have made the initial hybrid cross in the early 80’s and was duly impressed in subsequent bloom seasons with the seedling’s blossoms. Gus likely consulted with his brother Robert and the two agreed it would be a good introduction for the 1986 season. Gus’ son, Ray Schreiner, impressed with the rich color and fantastic stature of the seedling, christened it Dusky Challenger. Our very knowledgeable colleague from down the road, Mr. Keith Keppel, has theorized that Titan’s Glory must certainly be in the parentage.

Dusky Challenger has appeared on the American Iris Society’s (AIS) annual popularity poll numerous times, including landing first place more than a dozen years. Iris judges have reported to us that Dusky Challenger and Silverado (Schreiner, 1987) are two Iris that judges consider to be “perfect”. The popularity Dusky Challenger has enjoyed is a clear indication of its vigor and success in gardens in all regions of the United States. Dawn Mumford, contributor to the AIS blog “World of Irises”, included Dusky Challenger in her “super achiever” list. She writes, “My husband and I like to recognize those irises that can always be counted on to bloom well, resist disease, provide beautiful blossoms, make big clumps…” Enjoy the fun read in her April 25, 2016 post on the AIS World of Iris blog.

In a May 21st interview with Garden Time TV host William McClenathan, Steve Schreiner compared Dusky Challenger with another high-achiever from eight decades prior, The Red Douglas (introduced by J. Sass in 1934). See in the photo here the contrast of the two (Dusky Challenger on the left), representing the progress made in Iris hybridizing over 80+ years. As the photo illustrates, the flowers are large, with excellent substance. The color is a deep dark purple. The form is the epitome of excellence, with standards shaped ideally, not open too much or closed too much. The falls are equally admirable in form, with slight ruffling, wide hafts. And no sign of fading even in the warm spring weather we experienced this year. The plant is a healthy one, the stalks are thick, and again, it grows well for everyone as far as we know. One online review exclaims, “I would not want to have a garden without it!” (found on Dave’s Garden).

So, Happy Birthday Dusky Challenger! May you continue to amaze and delight garden visitors for many a decade more.

Did you like this? Maybe your friends will too:

Dedicated to growing and selling the finest Iris in the world.

This site uses Akismet to reduce spam. Learn how your comment data is processed. 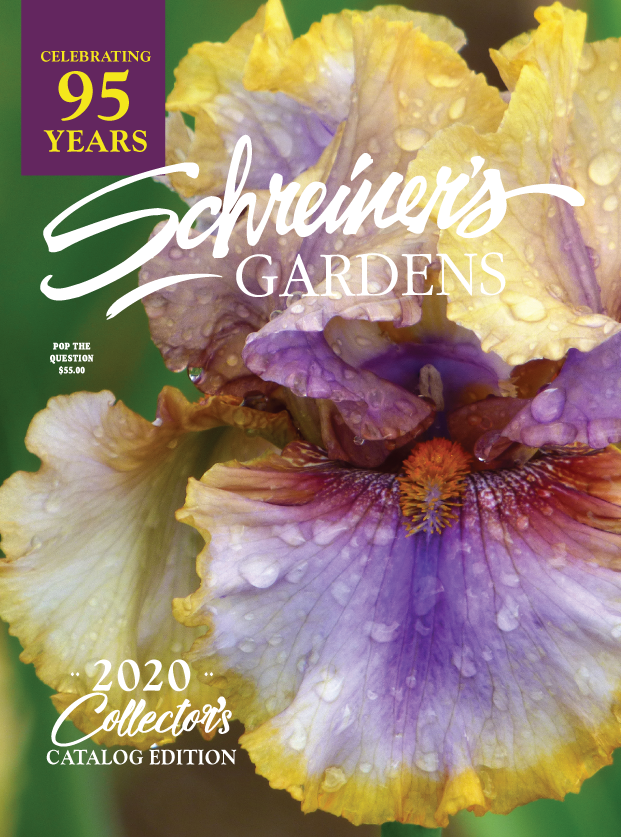 Our latest in Instgram

Read what satisfied visitors are saying on Trip Advisor